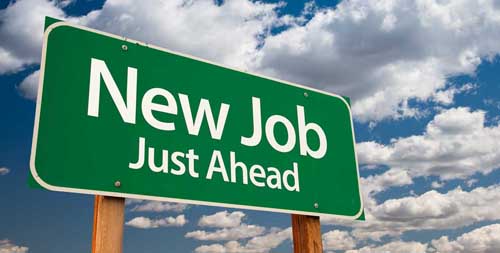 The above is a quote from Devin Hamilton – a good friend and mentor in the early days of Nimble (love you, bro!) – and it’s something that I’ve found myself believing in moreso over the years. You have to invest in yourself, ‘cos no-one else is going to do it for you.

In the IT Pro industry, the rate of pace is somewhat staggering, and the only guarantee is that change is constant, and often it’s uncomfortable! So, when opportunities knock to better oneself (even though one may not feel ready for such opportunity), it should be strongly considered without fear of the unknown.

When working for a systems/software vendor (what’s commonly termed as “vendorland”), technical people tend to end up in two places – Systems/Sales Engineers – also known as “Presales” (a term that I feel for many reasons is derogatory to the people in that role, but that’s for another day) or technical people management.

I had been very happy as a Systems Engineer for many years, as it’s a role I love; working directly with customers and partners, engaging in technical solution design, proof of concepts, installs and the odd support situation. I also enjoy working in the wider technical community and giving back via knowledge sharing in forums, blogs and at community events such as the VMUGs.

In 2017 I was lucky enough to be promoted to Nimble’s first EMEA Principal Systems Engineer – a role which acknowledged the “outside the day job” work in the community as well as internally, mentoring or assisting other technical folk wherever I could. This role was transitioned into HPE as part of the Nimble acquisition.

2018 was a challenging but fun year in which we saw Nimble became adopted worldwide at a staggering rate of knots as part of the HPE Storage portfolio. Our Q4 (which closed in October 2018) was the best ever quarter for Nimble in it’s history in every possible metric monitored; revenue, growth %, net new customers joining, array units shipped, customer satisfaction & experience – the lot! (If you’re one of our newest customers joining in the last 3-6 months – THANK YOU!)

And so I’m excited to write that i’m joining a newly created team in the HPE Storage business as a Global Field CTO & Evangelist for Nimble Storage!

The role is something I’ve felt was my natural career progression for a while… It’s a role which is part Engineering, part Sales Engineer, part Technical Marketing and part Product Management – and 3/4 of those parts are things completely out of my comfort zone – which is a good thing!

I’m joining a team consisting of amazing guys – all of which are smart cookies and most definitely smarter than me. We’re reporting directly into the engineering side of the Nimble business under the HPE Storage banner, and I couldn’t be happier about that.

This is also something new for HPE, who’ve decided to invest in this new team in order to kickstart further growth of the technology, fuelled by the new Synchronous Replication availability, Cloud Volumes going international (UK in April/May!), Intel Optane “Memory Driven Flash”, StoreOnce integration & a slew of cool stuff due in the coming months on the Nimble platform.

Expect a lot more technical blogs from me in 2019, as this will be an outlet I’ll use to discuss Nimble features or technology advancements, as well as wider HPE Intelligent Storage thoughts or discussions.

I can’t wait to see what we get up to – needless to say it’s going to involve a lot of skilling up, education, challenges and hopefully success.

So cheers to you, your family and a prosperous New Year! Let’s get at it – and always Sharpen the Saw!