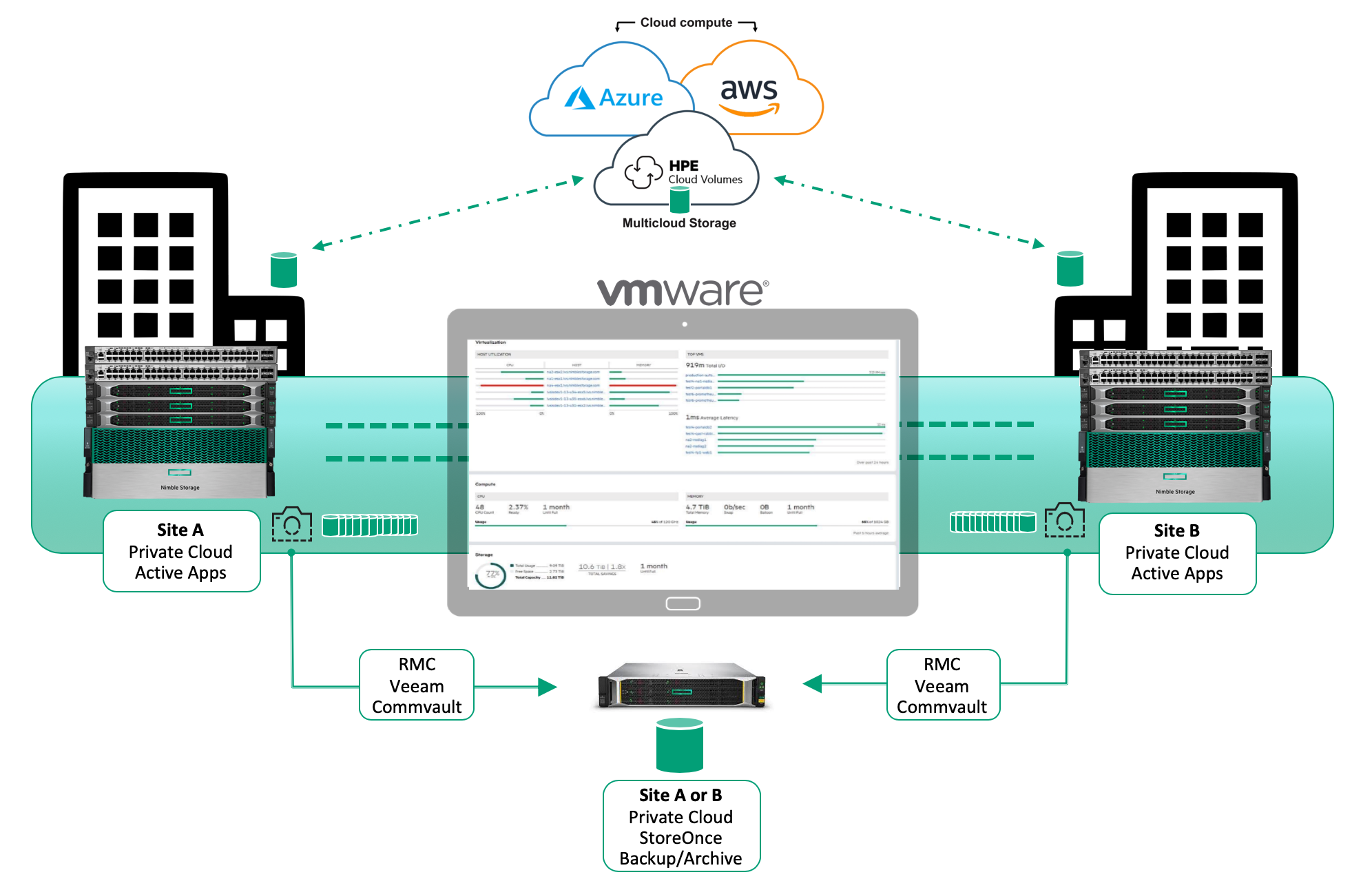 This week HPE Nimble Storage dHCI officially became GA, and started to ship from manufacturing to excited customers around the world. Since the platform was announced some 6 weeks ago at HPE Discover, we’ve been met with widespread approval from partners and customers alike… and already taken quite a few orders already from customers excited to get their hands on the next innovation from HPE Nimble Storage.

What has been interesting is the controversy the name has caused from industry greybeards and competitors who proclaim “but it’s not really HCI!”. I had a very heated series of messages inbound from an ex-colleague now at Nutanix who was outraged at the concept (drinking Coolaid 101 – we’re all guilty of it)…

Indeed, Nimble dHCI is a platform converging servers, network and flash storage with the full stack management integration (and single-click firmware upgrade operations) that HCI brings – hence the naming – but without the management gotchas of converged OR the scalability gotchas of hyperconverged. And that is a good thing! It also ties together Infosight full-stack analytics for all components (the first vendor in the industry to do so), as well as HPE Cloud Data Services for multi-cloud connectivity and DRaaS.

I was lucky enough to be able to get my hands on the tech over the last two weeks, and thought i’d write a quick blog or two detailing my experience. In short, i’m impressed with what Engineering have created, especially as a 1.0 release… And it really does have that “Nimble” feel of quality to it all the way through, which is nice to see.

So, we start with the basics; as mentioned above, this is a converged stack consisting of:

But there is only ONE point of management for all components – and that is a native vCenter plugin for hosts/network/storage.

After proceeding with the simple task of racking/cabling we are ready to go. First, we configure the Nimble array with standard array configuration details (Group/array names, subnets/IP addresses, DNS, Infosight configuration etc).

Once complete, dHCI redirects us to a new “Stack Setup Manager”. Here, it details what we will do in the setup, as well as parsing some recommended configuration steps for the nework (nice!).

Next, it will ask us for vCenter information and Cluster information. Here’s a nice touch: If there is no vCenter already deployed (say, this is a new environment being deployed from scratch), Nimble dHCI can push and configure a new vCenter Appliance directly from the array controller into your dHCI cluster, as we bundle the VCSA image in the dHCI code from the factory 🙂

Next, Nimble dHCI will go out onto the network to discover the Proliant DL360/380 servers that are applicable to join a dHCI cluster. It will use SLP to discover the servers, and looks for a series of settings to ensure that the hosts can be added. If the conditions aren’t met, then the server is not able to join a dHCI cluster. These conditions are:

If the host is already deployed with VMware, it also looks for validation conditions, for example vSwitch configuration.

Here you can see that I had discovered 3 eligible HPE servers running DHCP (I blanked out the server serials and model), and 1 “Unsupported Server” discovered – this is a Intel whitebox which doesnt have the right settings, and thus it’s not eligible to be part of dHCI.

After discovering the hosts, it then allows me to push network/subnet settings to the hosts. dHCI will then jump in and configure my ILO, ESXi networking as well as deeper vSwitch / VMKernels / iSCSI configuration. It will also verify the networking to ensure it won’t cause networking conflicts.

Finally, we’re onto configuring what storage we’d like to present to the dHCI cluster. We have the option of deploying VMFS and/or vVols for storage (of course – vVols are the way forward!). Here we can enter the settings for the datastores, as well as any snapshot/replication policy you wish to assign.

dHCI will also create two system reserved VMFS datastores, which is the minimum needed for vSphere HA. An example here could be for VDI, with 2TiB and 90 days worth of daily snapshots being retained.

Moving on to the final screen; a summary of the configuration settings. I’ve chosen two deploy 2 ESXi hosts in my dHCI cluster, with the associated network settings for production as well as iSCSI, and finally you can see a custom VMFS and vVol datastore being provisioned.

If all is good, then we can send the wizard on it’s way to deploy everything for us. I timed exactly how long the wizard took to deploy and configure the whole stack for us – just over 5 minutes for everything, deployed to complete best practices and ready for production!

You can see that we get two options for UI; the vCenter UI (for full-stack management) or to jump into the Nimble UI for further configuration tweaks such as Encryption @ Rest, AD integration, Cloud Volumes integration, Peer Persistence (aka Sync Rep) setup as a few examples (expect these to make their way into the dHCI plugin soon).

As this is a standard Nimble array, we also support provisioning iSCSI storage to non-dHCI servers at this stage.

In the next blog, i’ll walkthrough the full-stack management within vCenter and show off some of the unique coolness we’ve built to make lives simpler for VMware and Cloud admins worldwide!

As always, I’d love to hear from you, so feel free to post a question or comment below 🙂

Cheers for now, and stay Nimble!